The Lost Light has an liaison named Mal who is a beautiful femme, she was the ships helper. Often going around the ship to help bots. Given that she has such a way for words she really is awesome… Yeah… Wait what were we talking about again? Oh right Mal! Mal is a femme who is exteremly quiet and keeps to herself, she doesn't like showing emotions. 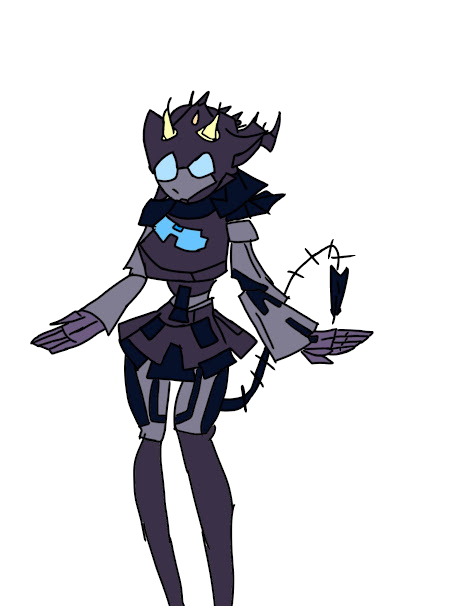 The bot known as Athena was forged next to her future love interest Primus. She was among the first femmes to be created. She was given the designation Athena Maximus, later Athena Prime.

Her first few vorns was never documented as she was only forged, Athena worked alongside Primus and began a eternal bond that lasted for many vorns. She was known as Primuses’ Conjunx Endura for Primstorians.

Blessed by a gift from Primus, she is thought to be a deity similar to Zues and was one of if not cybertrons greatest warriors. While creating the warriors she invented a new sport: Gladiators. She created this pit in Koan where bots will fight for sport, this later turned into a popular sport among the great Megatronus.

Primus and Athena’s relationship blossomed into a romantic one and both would aid one another in their own journeys and support each other. Until Athena disappeared. One moment she was with Primus and the next moment she was gone. Your Conjunx Endura and Mine

10 Million vorns happened, and a bot by the name of Mal of polyhex was forged in the exact same area as Athena. She bore the number 00000000001A not knowing that was the number of Athena, she later hid it. Mal became a Warrior and was sent under witness protection services after being harassed by many people.

Mal met Lifeline at the academy where they became friends, Mal expressed that he was the “only one” that made her happy. After Graduation, Lifeline and her became sparmates. Although Lifeline couldn’t produce a sparkling, she and him opened up an orphanage for sparklings that were abandoned

During the war, Mal ran her own faction called The Renegades, she recruited people who wanted safety amidst the war. The Renegades were a group of bots, some of which were the grown up sparklings, of bots that helped others during the war and sometimes act like a middle man for the Autobots and Decepticons.

One day the DJD attacked their base, and Mal was forced to pack up, so she ordered everyone to take all the weak bots. Mal and the others fled and the DJD soon followed after. Realizing that their was no way out, Lifeline tried to talk down to them before he kissed Mal on the lips, and she watched as her loved one walked up to Overlord, intending to try and talk to him.

Fortunately, Lifeline was murdered by Overlord, and Mal was there to see. She looked on in horror and she sobbed, she tried to prevent the death but didn’t. Due to this, she blamed herself and held trauma from the death of Lifeline Loving You Is A Losing Game

Mal since then, trained herself to become a stronger warrior, and rejected to become an assassin as she fought in a war before and she couldn’t bring herself to kill another being. Note that the story of Lifeline was often less dramatized and told in full as she still refuses to talk about it, until she came clean with Rung.

Upon arriving on the Lost Light she ended up gaining the attention of Swerve whom they briefly had a fling, that fling stretched out to several cycles of fragging that led to the creation of Trigger a protoform, she kept Trigger and Swerve became a close friend of hers often caring for Trigger Trigger

Just like Rung she can create sparks, but not just any sparks, but rather; a full fledged Protoform. These protoforms come up in 20. It is unknown where they go after emerging as she herself does not know. The last recorded incident of this happening is when she kept her protoform Starblaster.

Just like Rung as well, Mal has some sort of effect where it affects other bots, instead of forgetting her name, they seem to get mesmerized by her and doesn't pay attention solely to what she has to say, but what she looks like.

Mal never really liked expressing how she feels to people, as she would blantently avoid seeing Rung for sessions, which proven to be difficult as the two were bunked together in the same room, following that relavation, Mal made it her goal to make Rung's life a living hell inside the rooms they shared, she constantly showed her disdain towards the Mech and made it abundtly clear that she doesn't like him, going as fair as to try and make him leave out right, the relationship dynamic was similar as Tailgates and Cyclonuses but much more toxic, eventually, Mal finally gave up and agreed to become friends with Rung.

The both ended up finding out they have alot in common and became close with one another, Mal declared to be Rung's personal bodygaurd, to which Rung politely declined, later on, Mal became good friends with Rung and forever proclaimed she will never let anything harm him again. She was afraid something might harm him to which Rung told her nothing would harm him.Hymn for a Dream